GET IN TOUCH TODAY AND LET'S GET YOUR FOSSILS

Ammonites are a group of extinct molluscs which somewhat resembled a shelled squid when they were alive.

They first appeared on the fossil record 240 million years ago, in the Triassic Period, and died out 65 million years ago with the dinosaurs during the Cretaceous-Tertiary Mass Extinction Event.

The fossilised remains of these sea creatures are perhaps the most popular fossils on the market today.

How Old Are Ammonites?

Most of the ammonite fossils available from Hidden Earth date back to the Cretaceous Period at 120 million years old: including our ammonites of species such as Cleoniceras, Phylloceras, and Lytoceras.

Perisphinctes Ammonites are the oldest fossils we have available, and date from the Triassic Period, at 248 million years old!

Where Do Ammonites Come From?

Most of our ammonites were originally found in the jungles of Mahajanga on the North West Coast of Madagascar.

How Do Ammonites Become Fossils?

When an ammonite creature died, it became fossilised in the process as follows:

Greek myth gifted the fossils with their famous name; the coiled shell of this ancient marine mollusc resembles the horns of rams, therefore its remains were classified as ‘ammonites’, after the Greek ram god Ammon.

in India, the fossils are still referred to as ‘Shaligrams’ (or ‘Saligrams’) and worshipped as representations of the Hindu God Vishnu.

To many Hindus these stones are sacred, for they have the power to expel bad karma and cleanse people of sin before their death, enabling them to enter the afterlife.

In sacred geometry, the spiral shape has powerful spiritual significance, and signifies growth and expansion.

An ammonite shell is a perfect example of the sacred Golden Mean Spiral, a symbol of the infinite Fibonacci Sequence and the revered Golden Ratio.

As a result, ammonites are believed to be strongly symbolic of order and perfection in not just the natural world, but the entire universe. 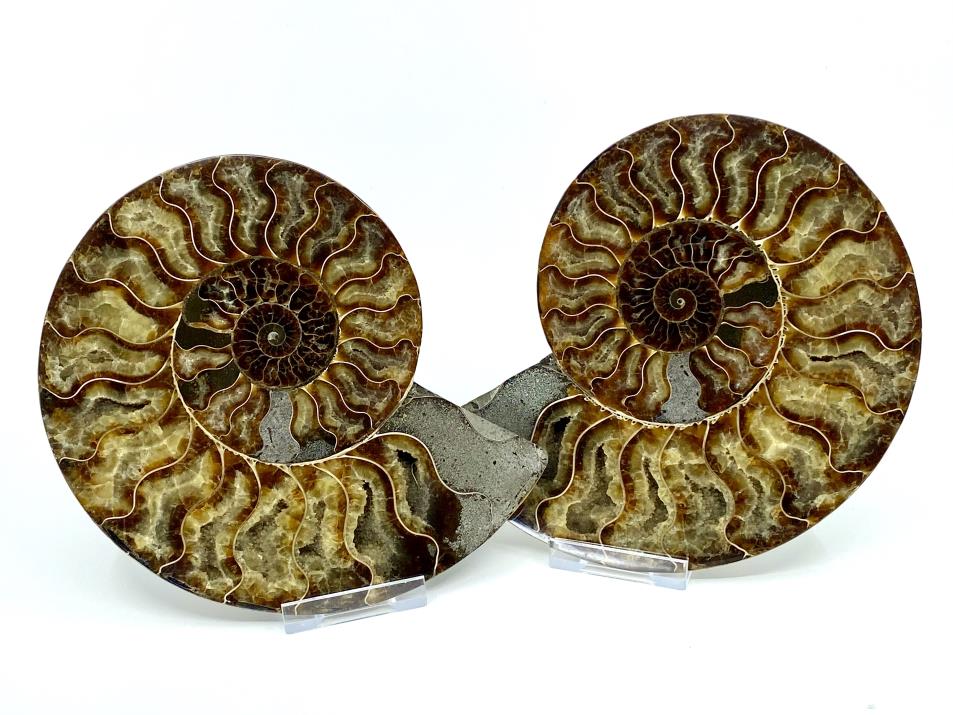 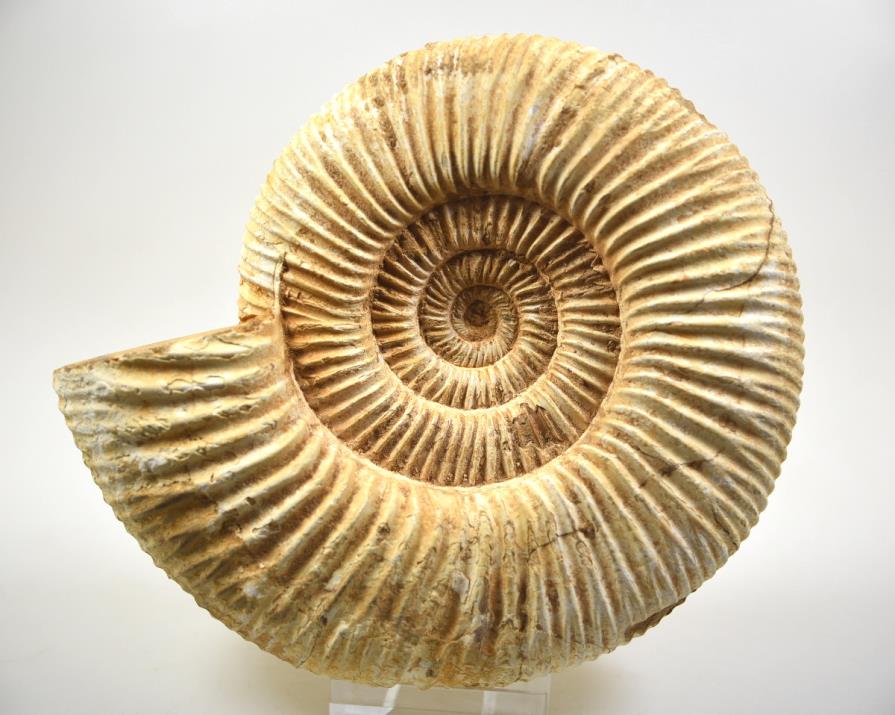 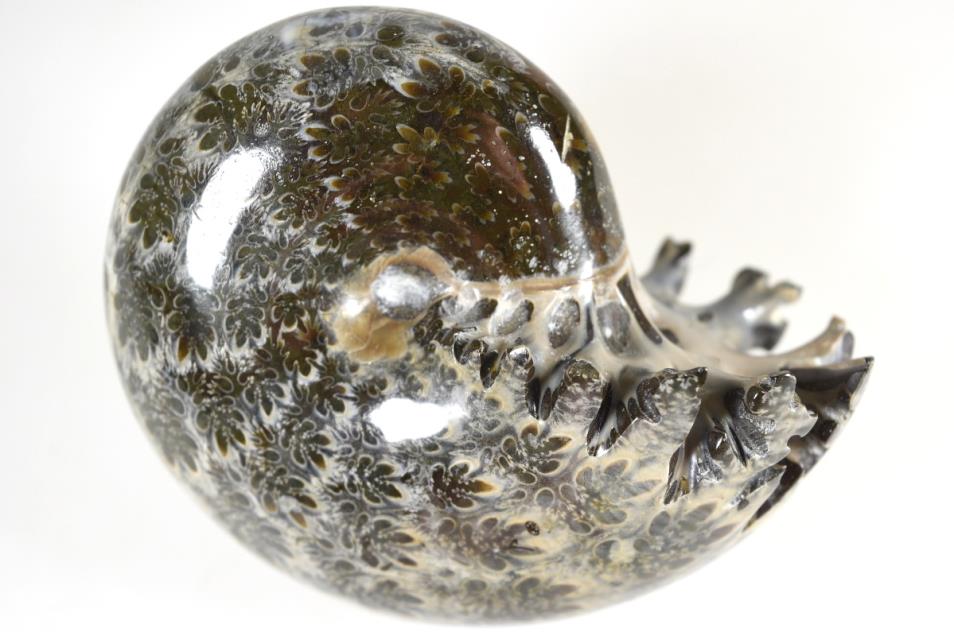 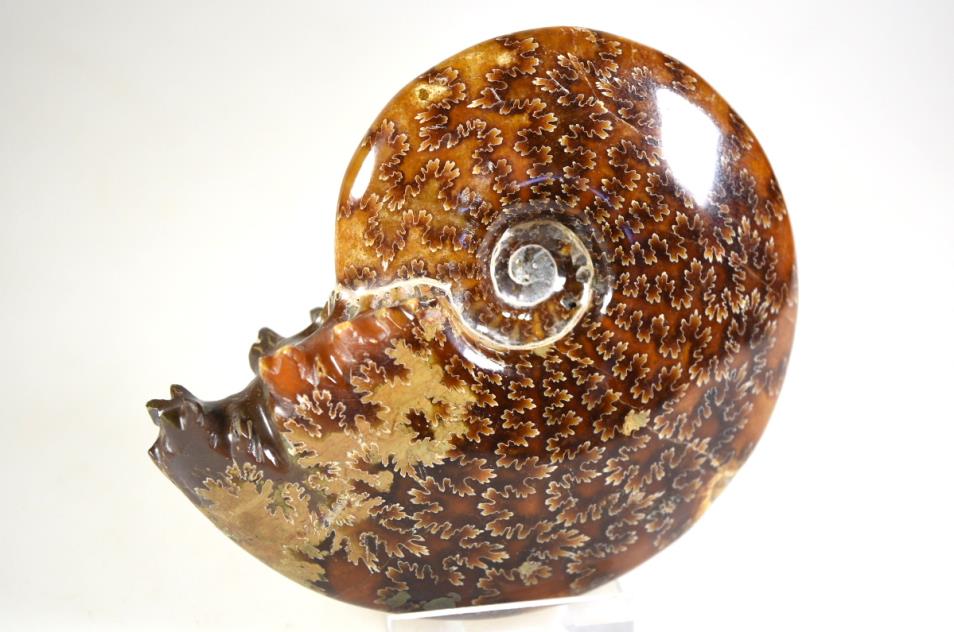 Echinoids are fossilised sea urchins: the name "Echinoid" is derived from the Greek terminology for "spiny skin" in reference to the spines present in living sea urchins.

Modern forms of Clypeasteroid Echinoids are sometimes known in their living form as sand dollars, or as sea biscuits (owing to their mostly flat shape).

Where do Echinoids come from?

Demonstrating fantastic definition and rich ivory, beige and caramel colours, our Echinoid Fossils are sourced from the Tulear region of Madagascar.

How old are Echinoid Fossils?

Dating at around 145 to 200 million years old, our Echinoids originate from the middle of the Jurassic period.

Fossilised Echinoids display a pattern resembling the petals of a flower; the five branches upon their surfaces were used by the living sea urchins for gas exchange and respiration.

When the sea urchins were alive, these branches were lined by tube feet which were used to transport food to the creature's mouth, located at the centre of the petal pattern from which the branches radiate.

Our intricate Echinoids are prime examples of high-grade Jurassic Period fossils, and have been carefully hand-polished upon their natural surfaces to ensure they glisten and shine. 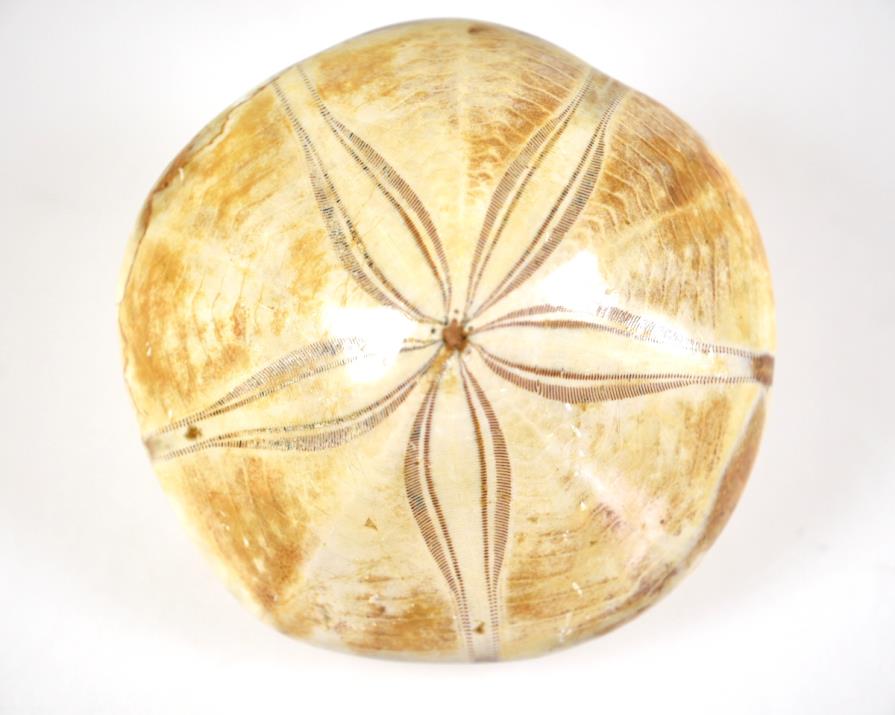 Echinoid Fossils are the fossilised remains of ancient sea uchins 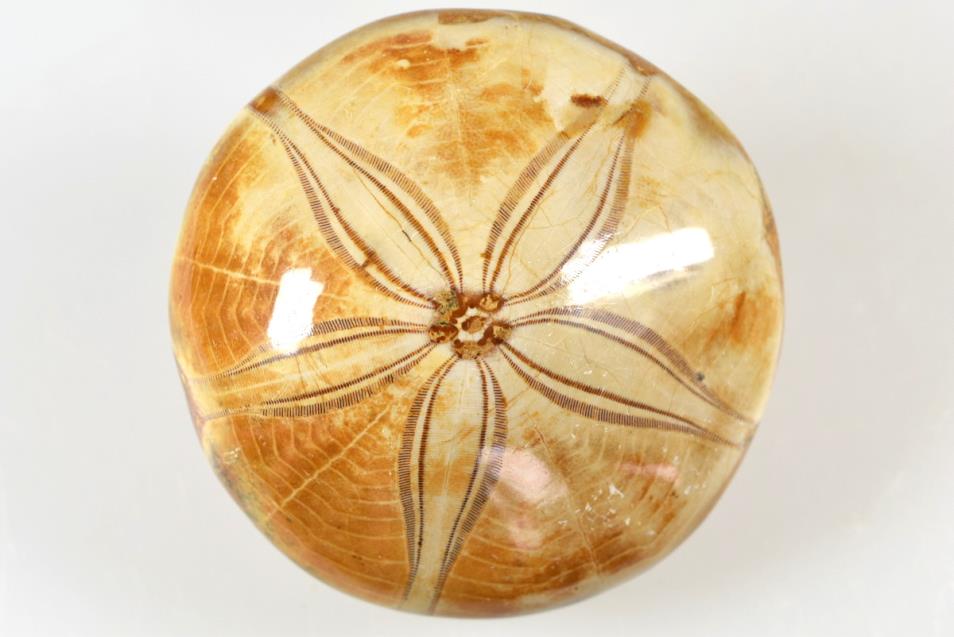 What is Fossil Wood?

Fossil Wood, otherwise known as Petrified Wood or Fossilised Wood, is a tree fossil primarily composed of silicate minerals such as Jasper.

These ancient trees grew millions of years ago, and after death, the original wood material was replaced by colourful Jaspers, creating the Fossil Wood we find today.

How does Fossil Wood form?

The process of fossilisation which forms Fossil Wood is termed permineralization, which describes how mineral replacements create these stunning fossils.

The process is as follows:

Where does Fossil Wood come from?

We have just received a new, unique batch of Fossil Wood sourced from Madhya Pradesh in India, where it is sometimes referred to as 'Trees of Stone': this wood is over 40 million years old!

How hard is Fossil Wood?

Measuring 6.5 to 7 on the Mohs scale, this Jasper-based mineral is relatively hard and durable and resistant to scratching, but care should still be taken not to damage its polished surface.

Due to the diversity of colour and pattern in each individual piece of Fossilised Wood, this type of fossil is incredibly popular in fossil collections worldwide.

We also have a large selection of Fossilised Wood which has been cut into crystal Freeform Shapes, Spheres, Eggs, Hearts, and Palm Stones: these polished pieces are perfect for crystal dealers interested in Petrified Wood. 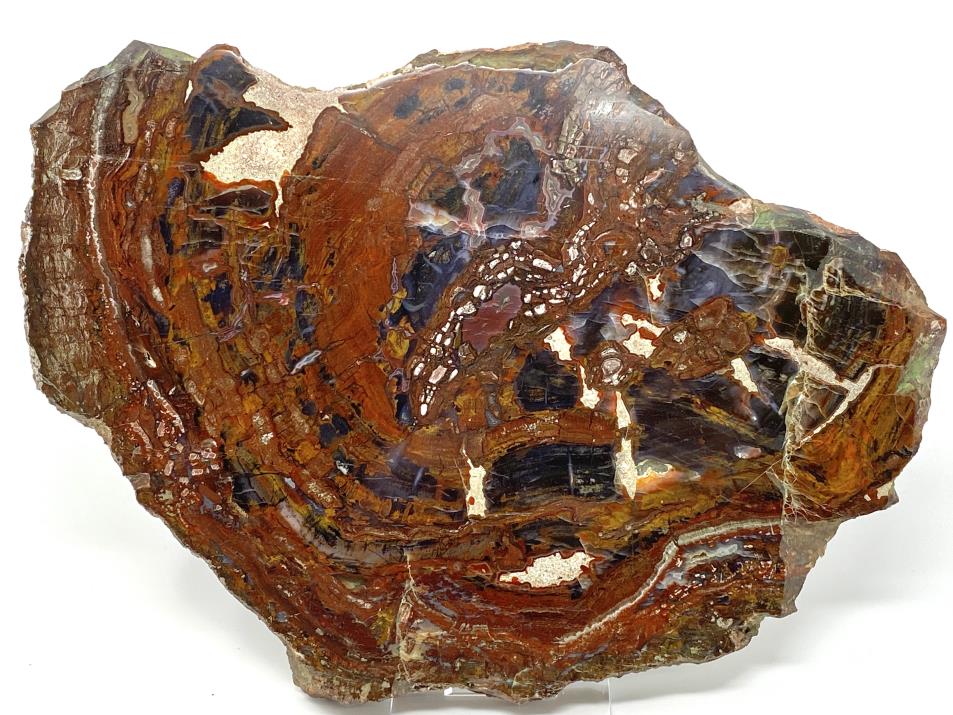 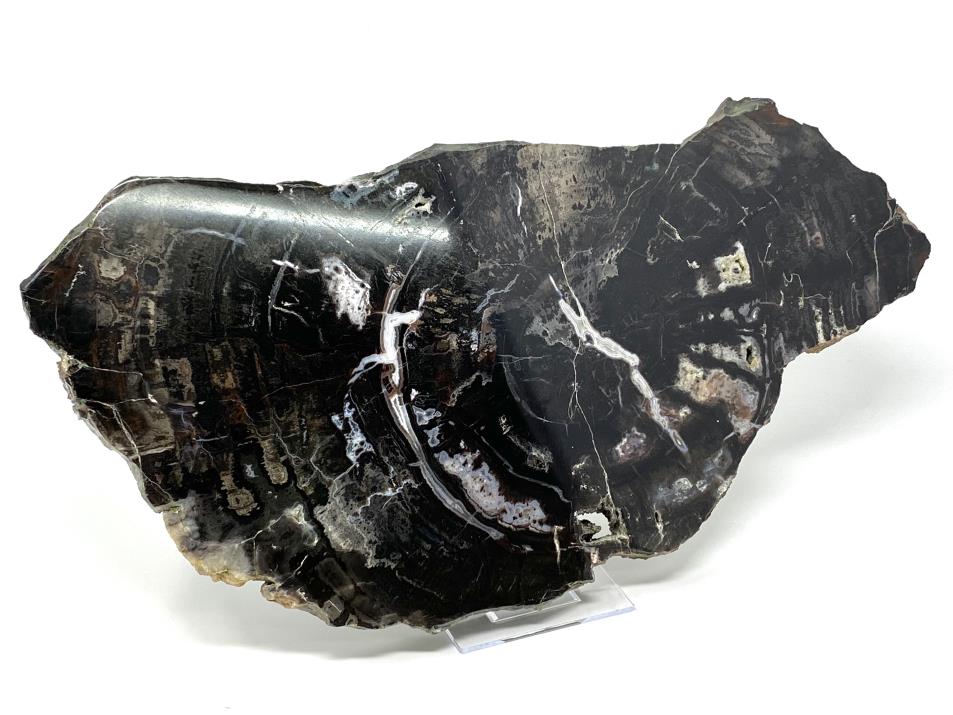 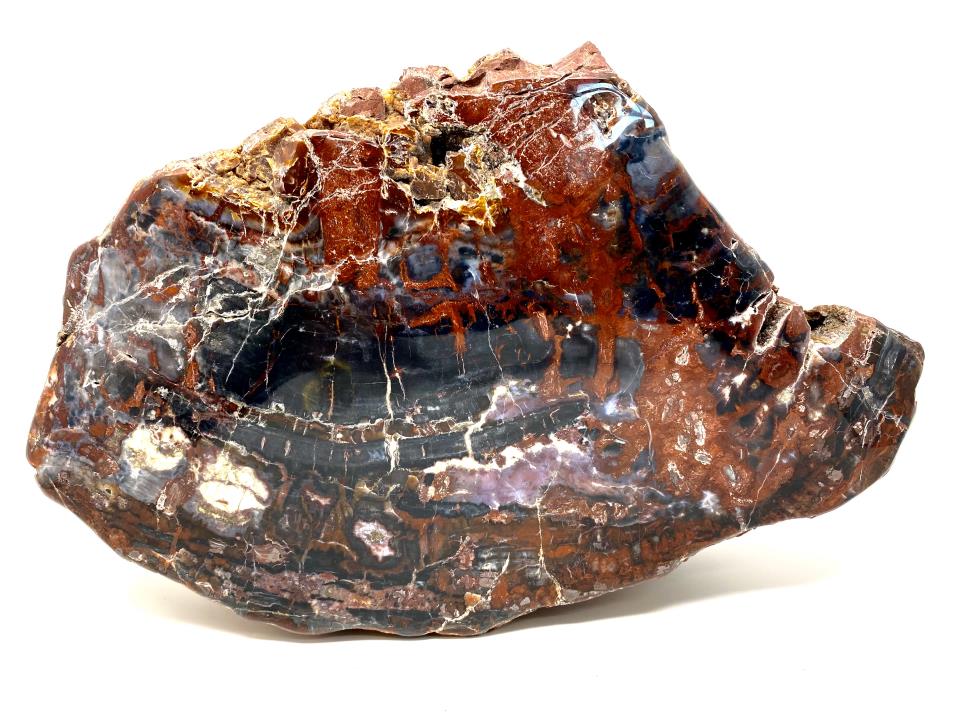 What are Iridescent Ammonites?

Iridescent Ammonites are ammonites which display an iridescent nacreous shell: when light is shone upon the surface of the shells, a rainbow of colour flashes from the iridescent shell.

Where do Iridescent Ammonites come from?

Gem quality iridescent ammonite shells are most famously found in Canada, where they are called "Ammolite": this gem is the official gemstone of Alberta.

However, our high-grade iridescent ammonites are sourced from the jungles of Mahajanga on the North West Coast of Madagascar, an island famed for its riches of fossils and crystals.

How old are Iridescent Ammonites?

Our Iridescent Ammonites date back to the Cretaceous Period at 120 million years old.

What are Iridescent Ammonites made of?

The iridescent shell of an ammonite is formed from the mineral Aragonite, a component of Nacre (also known as Mother of Pearl).

This nacreous shell, with its rainbow colours, is what is turned into gemstones such as Ammolite.

Gem ammonites such as red iridescent ammonites are called biogenic gemstones (the only other gems of this type are pearl and amber) because they are formed from the fossilised organic material of once living creatures.

Fossilised ammonites are also full of minerals such as Calcite and Pyrite, as well as trace elements such as copper.

The composition of each ammonite can vary greatly due to the different minerals that seeped into it as it decomposed and fossilised.

What makes an Ammonite iridescent?

The distinctive colour, lustre, and opal-like effect of iridescent ammonites is caused by their Aragonite shells.

Inside the shell, there are many stacked layers of Aragonite which light must travel through.

As you twist and turn an iridescent ammonite in the presence of light, one can observe the colours moving, changing, and flashing in what is known as chromatic shift.

At Hidden Earth, we have a large selection of high-quality Red Iridescent Ammonites available for sale. 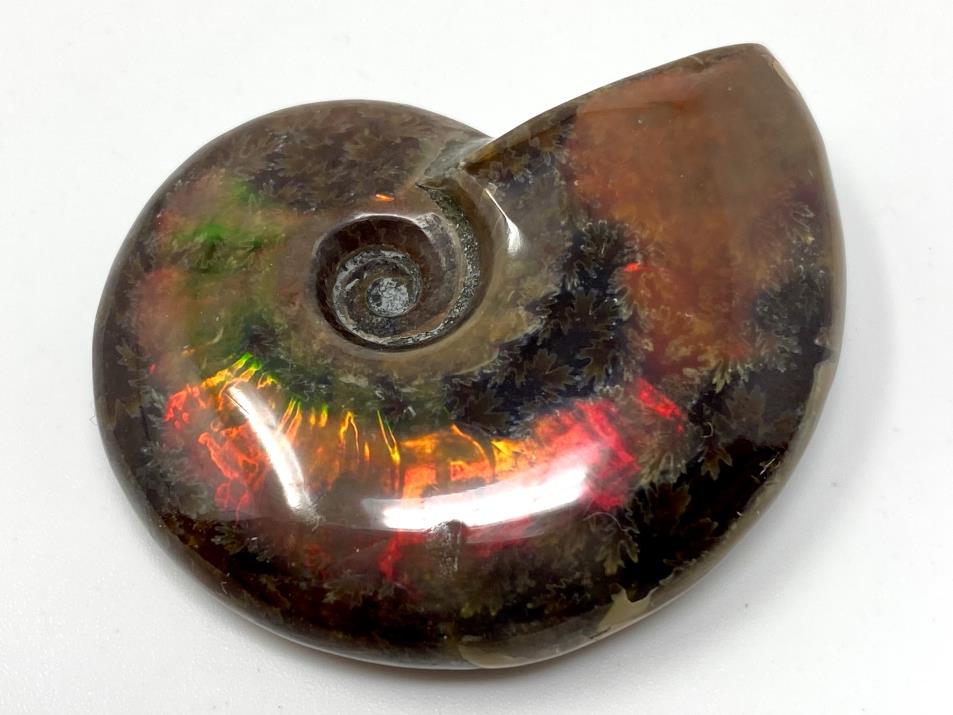 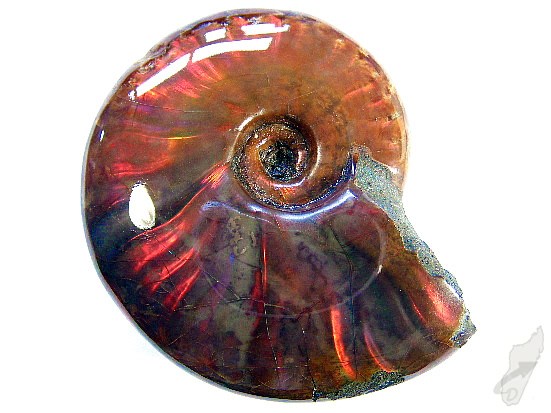 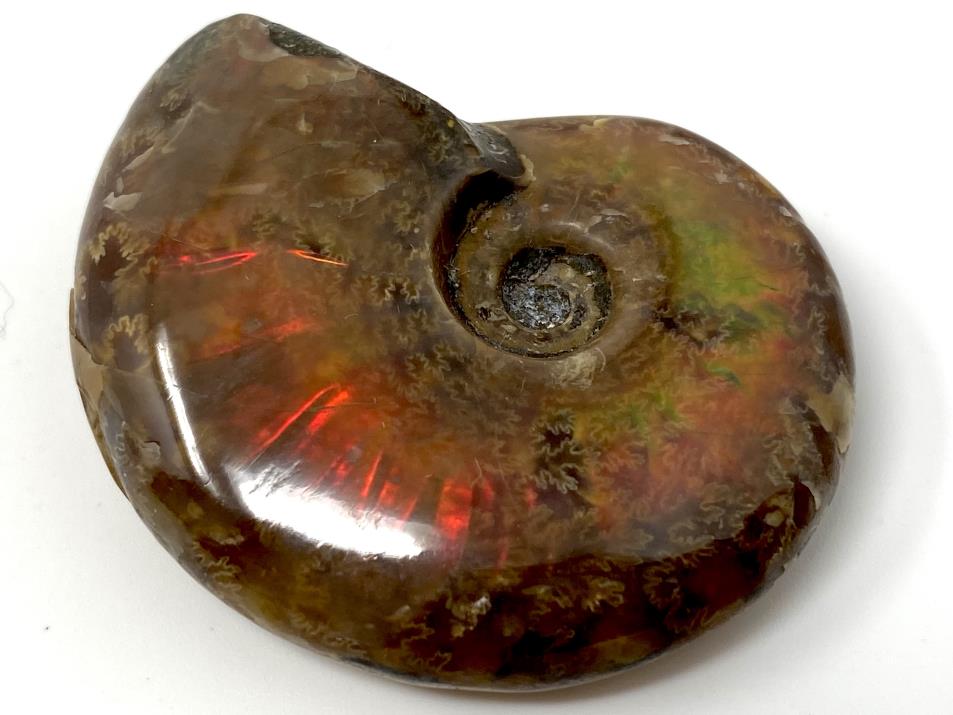 What are Nautilus Fossils?

Nautilus Fossils are the fossilised remains of ancient marine molluscs.

How old are Nautilus Fossils?

Nautilus Fossils available from Hidden Earth date back to the Cretaceous Period at 120 million years old, in an era when the seas were full of Ammonite and Nautilus creatures that over time fossilised into the stunning specimens found today.

Nautilus still exist in the present day, and they inhabit the deep coral reefs of the Indo-Pacific Ocean.

These live Nautilus creatures are termed "living fossils": a rare type of creature which is very similar in biology to its ancient fossil relatives.

Where do Nautilus Fossils come from?

Our Nautilus fossils were found in the jungles of Mahajanga on the North West coast of Madagascar, an island located off the East coast of Africa.

These colours were caused by colourful calcite minerals replacing the original organic material present in the live Nautilus during the fossilisation process.

Some Nautilus fossils display striped black shells: these stunning black hues were caused by natural oil seeping into the shells, colouring the Calcite.

Nautilus specimens at Hidden Earth have been carefully hand-polished to the highest grade, enhancing the vivid colours of their shells.

In sacred geometry, the spiral shape has powerful spiritual significance, and signifies growth and expansion.

A Nautilus shell is a perfect example of the sacred Golden Mean Spiral, a symbol of the infinite Fibonacci Sequence and the revered Golden Ratio.

As a result, Nautilus shells are believed to be strongly symbolic of order and perfection in not just the natural world, but the entire universe.

Ammonite shells are also thought to be sacred for this reason. 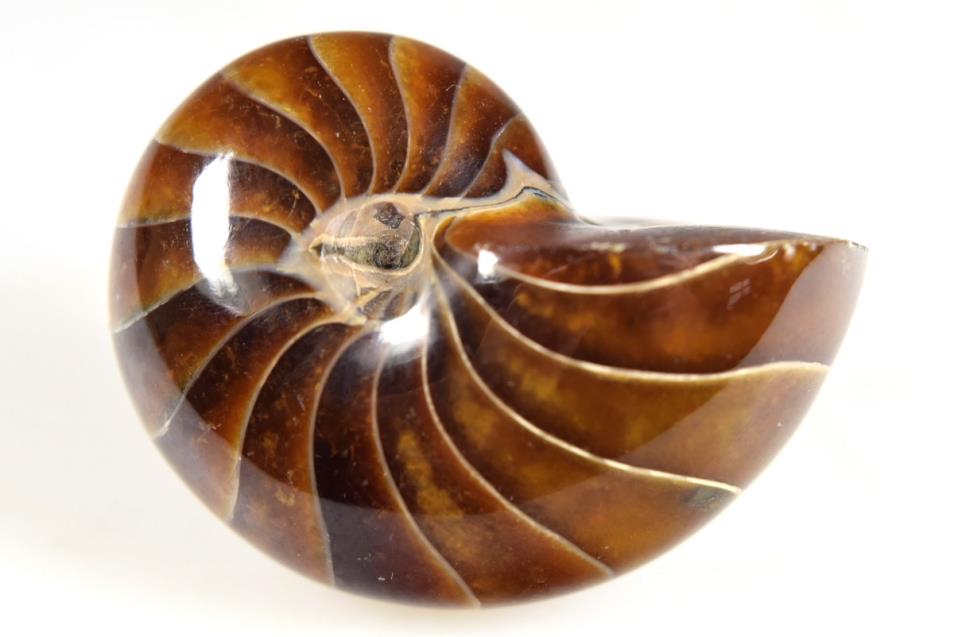 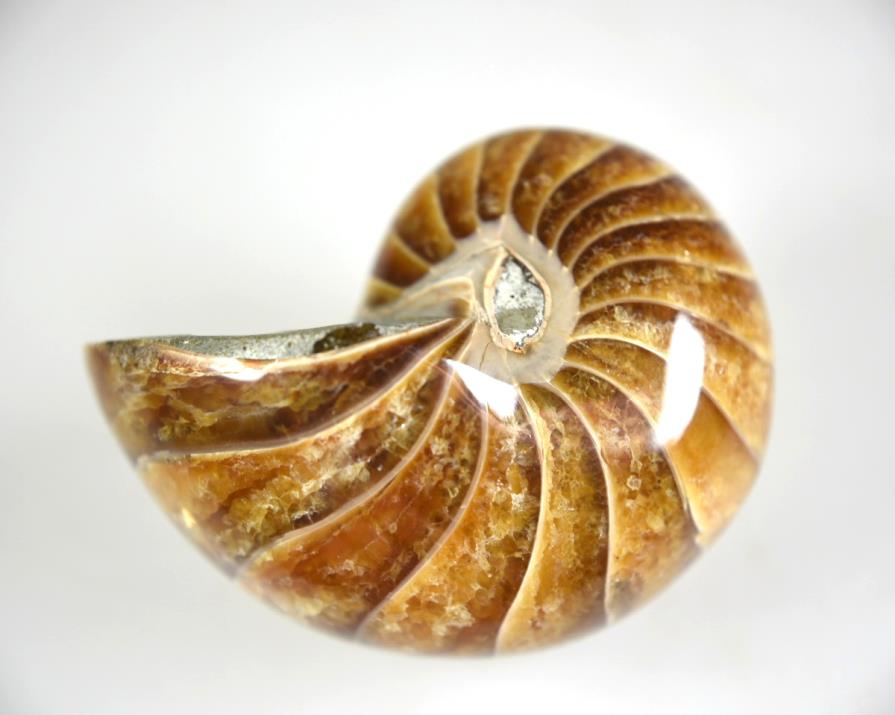 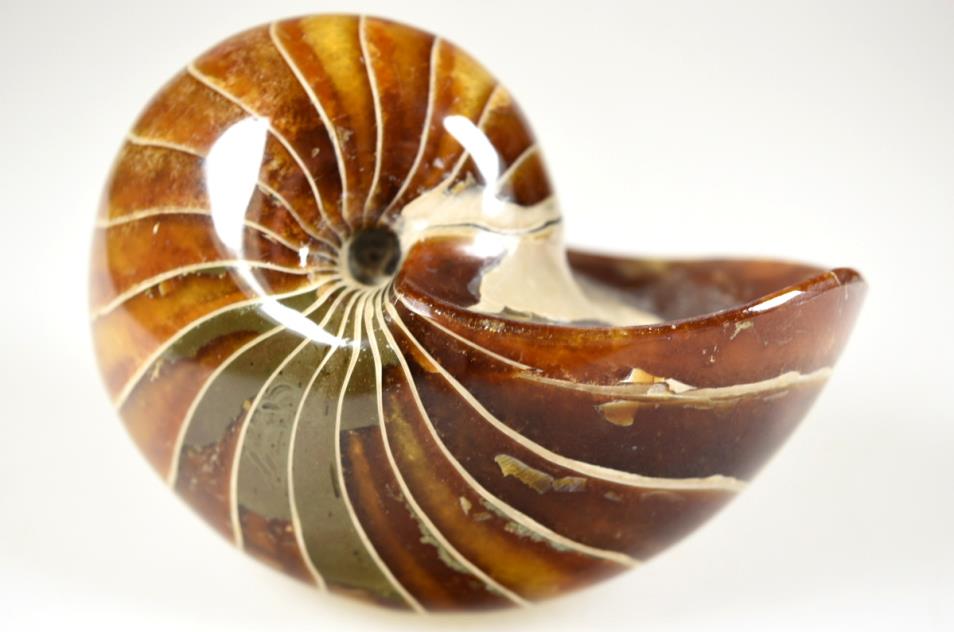 28 years of sourcing the finest fossils and crystals

Nearly three decades of Hidden Earth: it's been a journey!

A selection of some of the finest fossils and crystals from Madagascar and other countries worldwide.

Learn more about your favourite crystals

What people are saying about our fossils and crystals

Bought a fantastic slab of fossilised wood, amazingly beautiful and a very fine specimen at a great price.

Bought a fantastic slab of fossilised wood, amazingly beautiful and a very fine specimen at a great price.

I purchased my first piece from Madagascan Direct and am delighted with it. The stone is absolutely beautiful. The service is exemplary.

I purchased my first piece from Madagascan Direct and am delighted with it. The stone is absolutely beautiful. The service is exemplary.

Get the latest crystal and fossil news

Read our blog to keep up to date with our newest additions to stock, offers, and changes to service
READ OUR BLOG